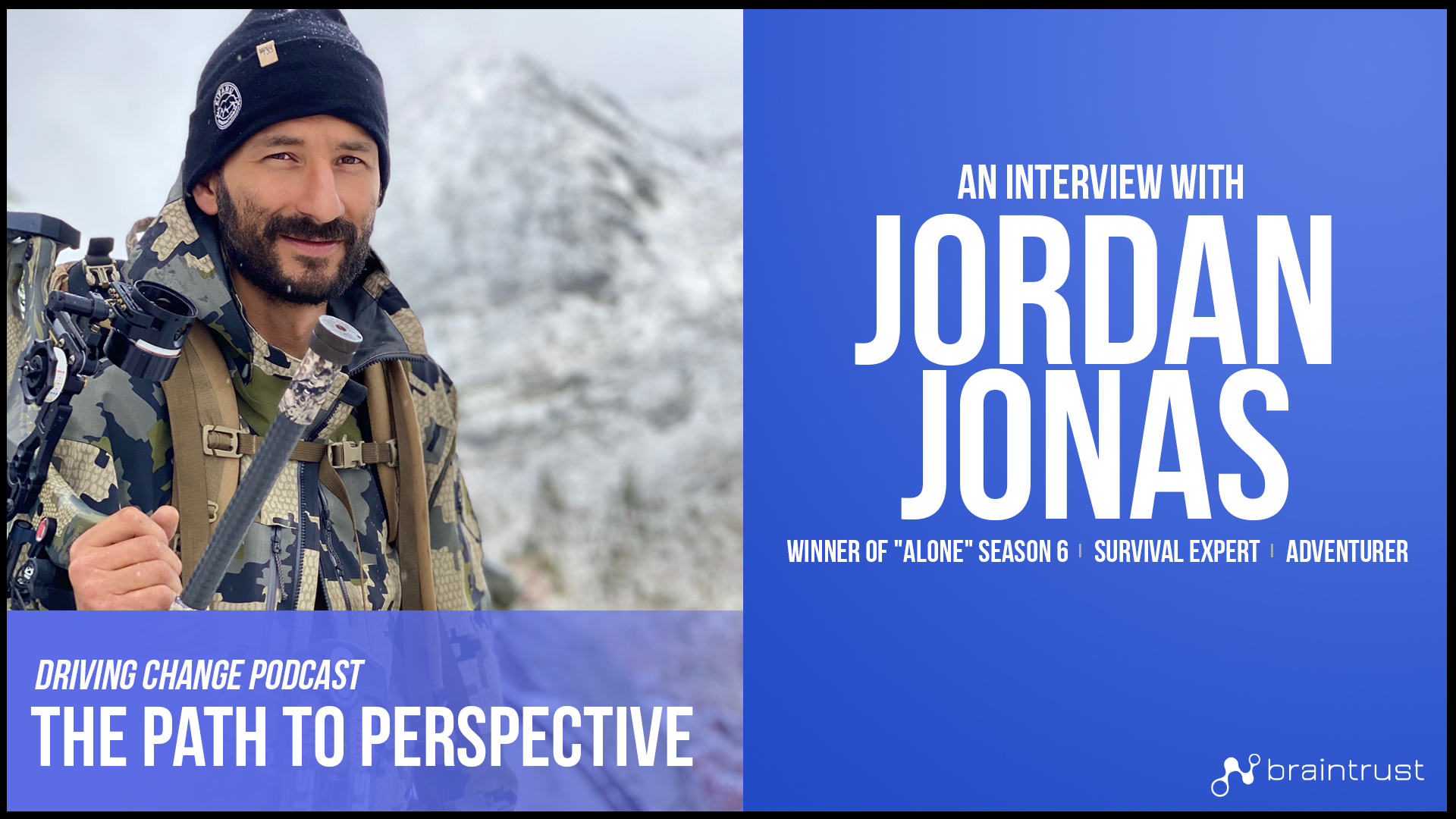 This week we welcome Jordan Jonas to the podcast. Jordan recently won season 6 of The History Channel’s “Alone” survival show, spending 77 days by himself in the Arctic.  In our very timely interview for today’s social climate, Jordan explains how to put yourself in the mindset of success, even in a state of complete isolation.

Jordan grew up in the Idaho country, surrounded by the beautiful lakes of that vast state. Being surrounded by nature, he grew up spending his formative years in nature. As a young adult he came of age as he spent a year riding freight trains across the US – spending countless days and nights navigating both rural and urban environments. Soon after he left for Russia where he would spend the better part of the next ten years living in Siberia in villages, with fur trappers, and ultimately with traditional nomadic reindeer herders. Amongst these people Jordan would learn the art of survival as lived day in and day out by people whose existence depends on those skills. The skills acquired over his life were proven effective and reliable when he had to survive on the “Alone” show by successfully hunting a bull moose, a wolverine, dozens of rabbits, squirrels, grouse and numerous fish.

Jordan learned to hunt, trap, fish, survive, and even thrive in good times and bad. He learned to deal with adversity and value his family and friends. He learned that experience is valuable, but that the development of character and love are the most important aspects of life. He values where he came from, both his Assyrian and Danish heritage, and strives to be someone worthy of the incredible sacrifices those before him made to give him a good life. He hopes to do the same for his children. He is very blessed and thankful to have an opportunity to live, and live life to its fullest.